“Life is the art of drawing without an eraser.”
– John W. Gardner, educator, public official and political reformer

Life sometimes has a way of diverting us from our presumed course into new, unexpected directions. Shana and I are prime examples of this. Before my tenure at Gallery One, my former human had a demanding schedule and couldn’t devote as much time as she wanted to me, so she found me loving parents who would spoil me rotten. (Thanks, Caitlin!) See: https://www.facebook.com/LakelandTerrier.dog/videos/327655994035927/

Shayna, on the other hand, was an outside dog from New York. She was ignored most of the time, and was not receptive to affectionate humans or even other dogs. But somehow, over time, our paths all became interwoven for the better. Go figure.

Life has also taken some unexpected twists and turns for the following artists. See if you can name them:

This artist once considered becoming a professional boxer. (Had he done so, there would be countless broken noses and bare walls left in his wake.) 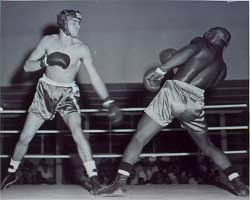 “I dropped out of high school and joined the Army. I was stationed in Panama and spent my last year on the boxing team. My dad was a boxer when he was young, and he taught us [my brother and me] boxing from the time we were five or six years old. I was always walking around throwing left jabs into the air. (I still do when no one is watching.) When I got out of the service I thought seriously about becoming a professional boxer, but decided to go to art school instead.”
Who am I?

This artist spent a decade as an electrical power lineman by day, painting by night (thanks, in no small part, to the wonders of electricity). 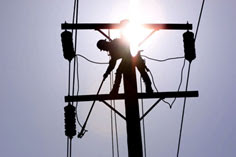 “I have been making pictures and telling stories my whole life. As a kid, I worked along with my brothers for my father who was a carpenter, and I seriously thought about taking that direction, but I loved to draw and cartoon. At 20 I went to work as a Power Lineman for Edison. I would stay up all night, draw and paint, then go to work. Eventually this became untenable so I quit the paying job in favor of this great unknown – illustration. I went to New York to seek my fortune. Eventually I worked as a freelancer for 18-20 publishers. I consider this whole illustration period as my art school. I had lots of ideas for stories to illustrate, and so I decided to write and illustrate my own children's book.”
(It became a best seller.) Who am I?

This artist did a portrait for fellow artist Robert Bateman as a gift. (Wait until you see where it ended up!) 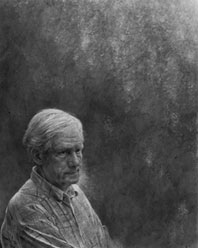 “I’ve taught workshops at The Norman Rockwell Museum in Stockbridge, MA.  My portrait of internationally known wildlife artist Robert Bateman is on permanent display at The Robert Bateman Centre in Victoria, BC.”  Who am I?

Watch for the answers in next week’s blog!

(Your Patrons of the Arfs)
Posted by Gallery One at 2:12 PM