Art in the Park

As you know, Saturday, Aug. 20, Alan's giclée photographs were featured at Painesville's annual Art in the Park! The warm weather was outdone only by the warmer reception the crowds gave to his historic as well as his new "Evolved" photographs. People scooped up his 8 x 10s and asked when there would be more available.


Many people reminisced about the historic buildings. Everyone wanted to know more
about the images. "Where was that taken?," they asked about Bottoms Up. "I went to school there!," they said about Champion Jr. High. It was difficult for some collectors to decide between The Lighthouse and The Lighthouse - Evolved. Alan is encouraged by all the positive feedback and has been working on new images. Follow this link to see Alan Brown's available works.


The Gallery One staff sincerely thanks the City of Painesville for the opportunity to be part of this outstanding annual event. Until next year, enjoy some snapshots of our day at Art in the Park on our Art Shows page.
Posted by The Browns at 10:36 AM No comments:

Alan Brown's Giclee Photographs to be featured in Painesville 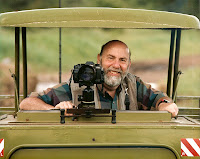 Hi Folks! Alan Brown here...taking a few moments to remind you that I'll be at Painesville's "Art in the Park" from 11-5....this Saturday, August 20.

I'm their guest artist and I've been working round the clock to prepare dozens of signed original giclée photographs...on canvas... especially for this event.

And best of all, there will be "show specials" from just $10!  Click to view my work.

I look forward to seeing you there. I'll be located across from Harry Buffalo.
Yum! 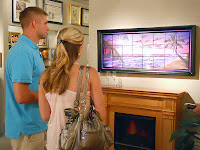 About two weeks ago, Nick Meyer, an art teacher in the Mentor schools, came into Gallery One to ask a special favor. He believed he had devised a perfect way to propose to his girlfriend, Allison Maxfield. Knowing of her love of sunsets at the beach, he had painted such a scene adding, "Will you marry me?" in the sand near his signature. But he couldn't just hand her a painting. He needed to surprise her with it in a way she wouldn't expect. So he asked if we would display it among our other art. He would bring her in the next week to "see a friend's work" and she would discover the artful deception! Well, how can anyone refuse such a romantic offer?

Nick brought his painting in, we added a wire and hung it above our fireplace, and we all waited eagerly for the big day. Last Friday morning I picked up some roses and champagne. Nick and Allison were due to arrive around 1 p.m. I also invited The News-Herald to do a human interest story. Their photographer and reporter arrived a few minutes early and began to take pictures. Excitement was building when they came through our doors. As they strolled closer to the fireplace area, Allison was drawn to Nick's painting. "Do you like it?", he asked. "Yes", she said as she took a closer look at the signature. And as she was reading the writing in the sand, Nick dropped to one knee and said, "Will you marry me?" Allison let out a little squeal of delight, hugged Nick and said, "Yes!" "I saw the name first and I started sweating and getting really nervous," she explained later. 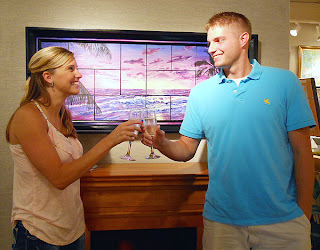 After a few moments, we all began to congratulate the happy couple and poured them some champagne. Nick told us how many people were in on the scheme and still able to keep it a secret; including Allison's parents and sister and Nick's parents and sister. The couple has been together for three years but hadn't made any specific plans for the future. Allison smiled and said she is looking forward to hanging the piece above their couch in place of The Joker's picture.

All art may not have such a profound effect on your life, but you're sure to find something to love at Gallery One! That's all for now.

Watch the News-Herald video here.
Posted by The Browns at 1:34 PM No comments: