Wow! Have you seen Google's new Art Project? Announced Feb. 1, the best art museums from around world have been "googled". Imagine Google Map's "street-view" feature inside the museums. Now imagine closeups on minute details of the images with tons of background information. It's absolutely amazing. Visit Prague, Versailles, Amsterdam, London, NYC, Moscow, Florence and more. Build your own collection and share it with your friends. This is too good to miss!

I hope they continue to add more; most notably, Le Louvre, and why not the Cleveland Museum of Art? This is such a wonderful way for parents to introduce their children to art. Or for teachers to guide their students at any level, not just in the study of the art and artists, but in the study of the museum and it's architecture as well.

Is it too far fetched to dream that perhaps someday they'll arrive at Gallery One's door with their cameras??

Read More: http://googleblog.blogspot.com/2011/02/explore-museums-and-great-works-of-art.html
Posted by The Browns at 3:48 PM No comments:

About Our Framing and Conservation Advisor. . .

I never met Ross Merrill. Ours was a phone relationship. He was the teacher. I was the student.

Alan and I founded Gallery One in 1974. We had a significant background in retailing...and a love for the art of the day. We knew nothing about framing...and, in fact, thought we could run a proper art gallery while "farming out" framing projects to other custom framers in the area.

One such framer - one of northeastern Ohio's most renowned - framed an expensive item for our personal collection...and, by accident, I discovered that they had greatly devalued it with improper framing methods...so much so that they reimbursed us for the item and the framing. A bit shell-shocked, we realized that we needed to set up a custom framing department at Gallery One so that we could provide quality framing to our growing list of art (and framing) clients.

We bought the best equipment of the day, did what we could to train ourselves, handled every work with care, and became framers...doing the best we could. We were able to frame routine items...but if you are a custom framer, unusual projects become the norm. Having had the bad experience with the framing of our own item, I knew better than to rely on assistance from my peers in the industry. So I called the Cleveland Museum of Art and asked if anyone in their organization could advise an area framer. They put me through to Ross Merrill. (I just discovered that he had earned his master's degree in fine-art conservation from Ohio's Oberlin College in Ohio in 1974...the year we founded Gallery One...and was obviously new at the CMA. He later led their conservation department before going on to an even more prestigious career.)

Thus Ross and I began our phone relationship. I'm sure it was not a big deal to Ross. I called weekly or more with one question after another. And he always had time to advise me without making me feel incompetent. And I always followed his recommendations, thanking him for his kindness and picturing him as a much older person - mainly because of his knowledge.

Around that time, a gentleman drove from Cleveland with an armload of expensive art to be framed. It may have been the biggest framing sale we had ever had. I asked what brought him to Gallery One, and he said that he had contacted Ross Merrill at the CMA and that Ross recommended that he take his framing to us. I called Ross later that day to thank him for the substantial order. I asked what made him recommend us. After all, he had never visited Gallery One and we had never met. His response has stayed with me to this day: "Mrs. Brown, no one else cares as much as you do." I realize now that that became my charge. I still care as much as I did back then...the difference is that today I have staff that also cares as much.

I wonder if Ross ever realized what an impact his assistance made on a newbie framer/gallery owner...and just how much I appreciated his kindness in instructing me. And by the way, I was shocked to find that I was older than he. He was just so much wiser!

Please take a moment to look at the links. Ross died in December 2010. I have thought of him often, knowing that he went on to a distinguished career at Washington DC's National Gallery of Art where he built their conservation department into one of the most respected organizations of its kind in the world.

That's all for now!
Norah Lynne and Alan
Posted by The Browns at 11:36 AM No comments:

We are sad to report the recent passing of the three art giants; Paul Calle, Robert Laessig and Florian Lawton.

Paul Calle was an artist whose works reflect the dramatic era of America's Western heritage as well as the one in which he lived. For Calle, the dimensions of art can be as vast as the wild, wind-swept plains of the West, as infinite as outer space and as small as the historic scenes he captures on postage stamps for the United States Postal Service. Calle designed more than 30 stamps in as many years. Among this noted artist’s many distinctions is the First Man on the Moon series of stamps that he designed which sold more than 150 billion. Other Calle stamps include those honoring Franklin D. Roosevelt, Eleanor Roosevelt, Jesse Owens, Helen Keller, Robert Frost, Douglas MacArthur, Pearl Buck and Frederic Remington, in addition to stamps depicting the Vietnam Veterans Memorial, the International Year of the Child in 1979 and promoting causes such as volunteerism and encouraging early cancer detection. Calle also designed the U.S. Postal Service’s first twin stamp to commemorate the successful Gemini Space Walk. Calle’s portrayal of the West is not as a romantic adventure but as a realistic challenge. He made a personal commitment to portray America's past with the same sense of history that guided his hand in depicting our nation's space explorations as an artist for NASA's Fine Art Program. Calle is a master of both the oil painting and the pencil drawing. His drawings — often very large — show incredible control and sensitivity; they have the quality of fine etchings. Few contemporary artists have attained greater mastery of the pencil than Calle, who shares his skills in his book, The Pencil, a record of his odyssey as "an artist with a pencil." It has been translated into French, Chinese and Russian. Another book of his art, Paul Calle: An Artist's Journey, was awarded the prestigious Benjamin Franklin Award for Fine Arts in 1993.

In addition to major corporate and private collections, Calle's artwork is in the permanent collections of numerous prestigious institutions including The National Aeronautics and Space Administration, The National Portrait Gallery, The Smithsonian National Air and Space Museum, the U.S. Department of the Interior and the Gilcrease Museum. Calle received the distinguished Nona Jean Hulsey Buyer’s Choice Award at the Prix de West Invitational, presented by the National Cowboy Hall of Fame and Western Heritage Center. His drawings and paintings have been widely exhibited in the United States as well as in the former Soviet Union, Sweden and Poland. Calle says, "If I had to state a goal, a hope pertaining to my work, my aim would be to help keep alive that huge reservoir of our past, to draw strength and sustenance from it and build upon it in ways that are new and different, but not to reject it. I find my inspiration in all the life that surrounds and envelops me, from the evolution of man and his works, of the timelessness of the rocks, the trees, of man, his land, the sky and the sea. That's what it's all about: art is always a visual experience. This is my world, and I relish it with great affection."

Paul Calle exhibited his work at Gallery One in 1985 and again in 1989. You can view his entire collection in the Paul Calle pages of our site. His publisher remembers Paul Calle. 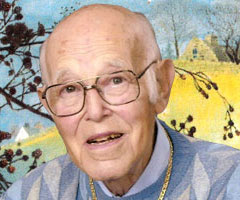 Robert Laessig was born in New Jersey in 1913. He attended the Textile Design School of Plauen in Germany for five years and specialized in the study and painting of flowers. He was a textile designer until World War II when he served with the 13th Air Force Historical Section as a combat artist. Later, he studied at Art Students' League in New York City. An opportunity to become an art consultant brought Laessig to Cleveland where he lived for decades. Laessig has won prizes at the Butler International Art Show in Youngstown OH and also the annual May Show held at the Akron Art Institute. He was presented a distinctive award for the best watercolor in a show and an abstract painting was purchased for the Cleveland Museum of Art at the time of the 1959 Cleveland May Show. He has exhibited at the American Embassy in Norway, designed the official White House Christmas Cards for five years during the Johnson Administration, won the Ohio Watercolor Society Gold Medal and won the Winsor & Newton Award. He also earned the top award in the National Academy of Design Exhibition, National Academy Galleries, New York City. His images are published by Gallery One.

Robert Laessig exhibited his work at Gallery One nearly every year between 1988 and 1998. His originals and prints can be seen on our Robert Laessig pages. 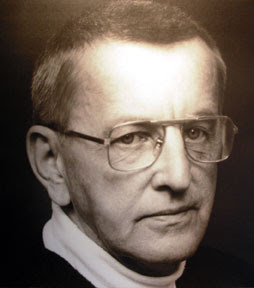 Artist Florian K. Lawton shared the beauty he found in the unembellished simplicity of nature and rural life through his accomplished watercolor paintings. Lawton, who has long received wide acclaim for his artwork, is particularly well known for his country landscapes and urban cityscapes of his native northeastern Ohio. Educated at the Cleveland Institute of Art, John Huntington Polytechnical Institute and Cleveland College, Lawton, as in all of his endeavors, distinguished himself academically. Today, Lawton's original paintings are included in many prestigious private and corporate collections. A list of his extensive corporate collections reads like the Fortune 500. His artwork is also widely exhibited in prestigious museums and galleries. In 1989, the Butler Institute of American Art held a 25-year retrospective of his work. He also exhibited at the Cleveland Art Museum and in the shows of the numerous professional art associations with which he is affiliated: American Watercolor Society; National Watercolor Society; Whiskey Painters of America; National Arts Club; Audubon Artists and the Salamagundi Club. He is perhaps best known for his paintings of rural Amish scenes. A purist, Lawton paints on imported handmade rag paper, soaking it in water before stretching it out onto a board to prohibit wrinkles in the paper. He rarely uses white paint in his watercolor paintings; any white is most likely the paper.

Florian Lawton was a frequent exhibitor at Gallery One, most recently last May! His complete collection can be found in the Florian Lawton section of our web site.
Posted by The Browns at 9:53 AM No comments: