A 21-Bark Salute to a Great American, Alan Bean 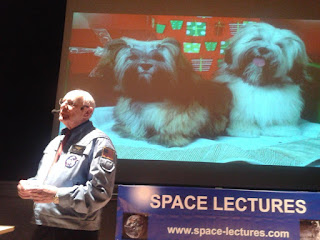 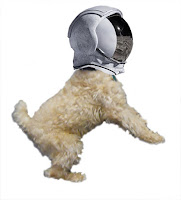 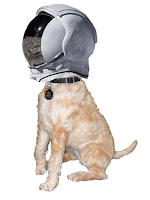 Shayna and I have the coolest parents ever. They know EVERYBODY. You wouldn’t believe all the artists who have scratched our ears over the years!  They even hosted famed astronaut/artist Alan Bean twice at Gallery One, but that was before our time. And although we never got to meet Alan Bean in person, Shayna and I frequently sat in Dad’s office as the two Alans chatted over the phone.

Recently, Dad told us all about Bean and what an interesting life he had led. Bean grew up in Texas near an airbase. Art and aviation were his chief interests. During World War II he decided he wanted to be a pilot. But during his free time, he took classes in oil painting. In 1962, Alan Bean (known to his fellow pilots as “Beano”) applied to join an elite group of test pilots called “astronauts” saying, "I thought it might be even more fun than flying airplanes."

After completing a year of training, rookie astronauts receive a silver pin. When Bean first set foot on the moon, he tossed his own silver pin into a crater commenting afterwards, “I often think of it at night when I look up at the moon."

After Bean left NASA, he turned his attention to art so that he could record what he had seen first-hand as one of only 12 humans to ever set foot on the moon. For added authenticity and ruggedness, he created his original paintings on a type of plywood typically used to make aircraft frames. Bean would add impressions to the paint using the boots he wore during his moonwalks and the hammer he used to erect the American flag on the lunar surface.

In 1988, Bean published a book of his work entitled Apollo: An Eyewitness Account by Astronaut/Explorer Artist/Moonwalker. In the introduction fellow astronaut John Glenn wrote, "He saw the same monochromatic world as the other astronauts, yet with an artist's eye he also saw intrinsic beauty in the rocks and boulders and their textures and shapes."

In recent years, Alan Bean and his wife, Leslie, shared their Texas home with seven lucky Lhasa Apso dogs. So some night, when the moon is bright, if you should hear barking off in the distance, please disregard it. It’s only us, saying hello to an old friend… 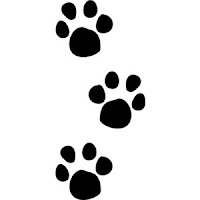