Artist Michael Dumas is internationally recognized, not only for his unique work, but for his
conservation efforts that have raised millions of dollars for such causes. Included here are some of his most recent paintings and honors.

Sparrow’s Rest (above) by Michael Dumas has received a number of honors and was included in the prominent exhibitions noted below:


Michael contributed the foreword for a new book, The Artists of Kawartha, featuring his painting, Forgotten Chores, on the cover as well as additional works inside. 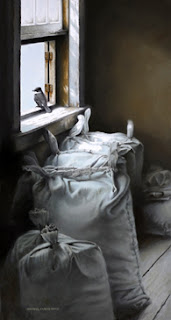 Michael’s painting, Looking Out, received a Medal of Excellence in the Artists for Conservation International Exhibition of Nature in Art held in Vancouver, September 2018.

Looking Out was also included in three other exhibitions:

Michael grew up in the village of Whitney near the entrance to Algonquin Park, where some of his earliest childhood recollections were of times spent feeding the deer and visiting the museum. Built in 1953, the museum is now known as the Algonquin Art Centre. Michael worked his way through art college as a park ranger there from 1969 – 1971.

As one of the artists featured in a PBS television documentary series, Michael had cited the Algonquin Art Centre as an integral influence on his art. He was recently honored as the very first recipient of the “Algonquin Legacy Award,” established to recognize individuals who have actively contributed to supporting, promoting or utilizing the features of Algonquin Park for cultural and/or research purposes. 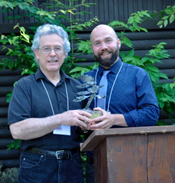 Michael, with other members of the Artists for Conservation, participated in the “Silent Skies” project, a mural depicting the 678 birds worldwide that are designated as endangered by the International Ornithological Congress. Each bird was to be painted on an 8” x 8” x 3/4” panel to be arranged as a multi-tiered composite that would stretch over 100 feet when assembled.

A number of species were missing from the mural at its September opening, and ARC members are working to fill those spaces by the time the mural travels to museums over the next few years. Michael has committed to six bird paintings for this effort. Shown below are four of his exquisite works that were completed in time for the inaugural exhibit in Vancouver. 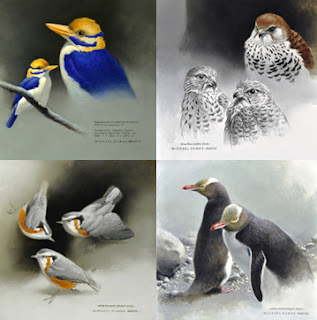